Everyone has the right to a friendly, safe and happy school, as it is within this type of caring environment that children can learn best. KPS will not tolerate any kind of bullying. By bullying we mean any behaviour, which repeatedly causes a child to be hurt or upset. 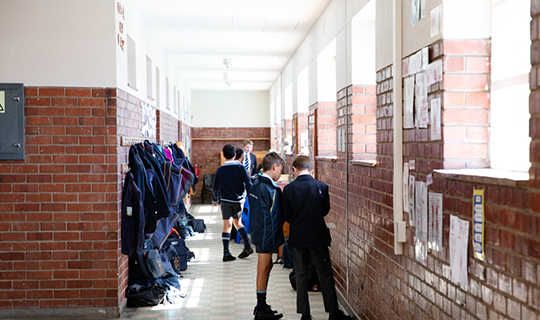 The bully is usually, but not exclusively, someone who is in a stronger physical or social position. Bullying is different from an incident or disagreement, which is generally isolated, and can be dealt with easily when it arises.

Bullying behaviour could include, and generally, repeatedly:

WAYS WE WILL HELP PREVENTION OF BULLYING

In order to ensure that bullying is not prevalent in our school, we:

We encourage the following actions to be taken by the child who feels he/she is being bullied:

Bullies like secrecy. A child who is being bullied must not allow it to continue. We encourage children who are struggling to speak up and share what is happening. A possible route would be talking to a friend who, in turn, can encourage him/her to:

Learners are required to :

We encourage the following actions to be taken by a parent who feels a child is being bullied:

If a parent or guardian suspects, after noticing changed or unusual behaviour or actual incidents, that a child may be bullied at school, he/she should contact the class teacher or the principal immediately.

Evidence of the bullying should be made available, if possible, so that an investigation of the situation may be put into action as soon as possible. Parents should not take the matter into their own hands by contacting the other child’s parents directly.

We encourage the following actions to be taken after bullying has been identified:

Depending on the seriousness of the situation, the following members of staff may be involved:

The following actions will be taken: